The winners of the Urban Arts Jam April 2021 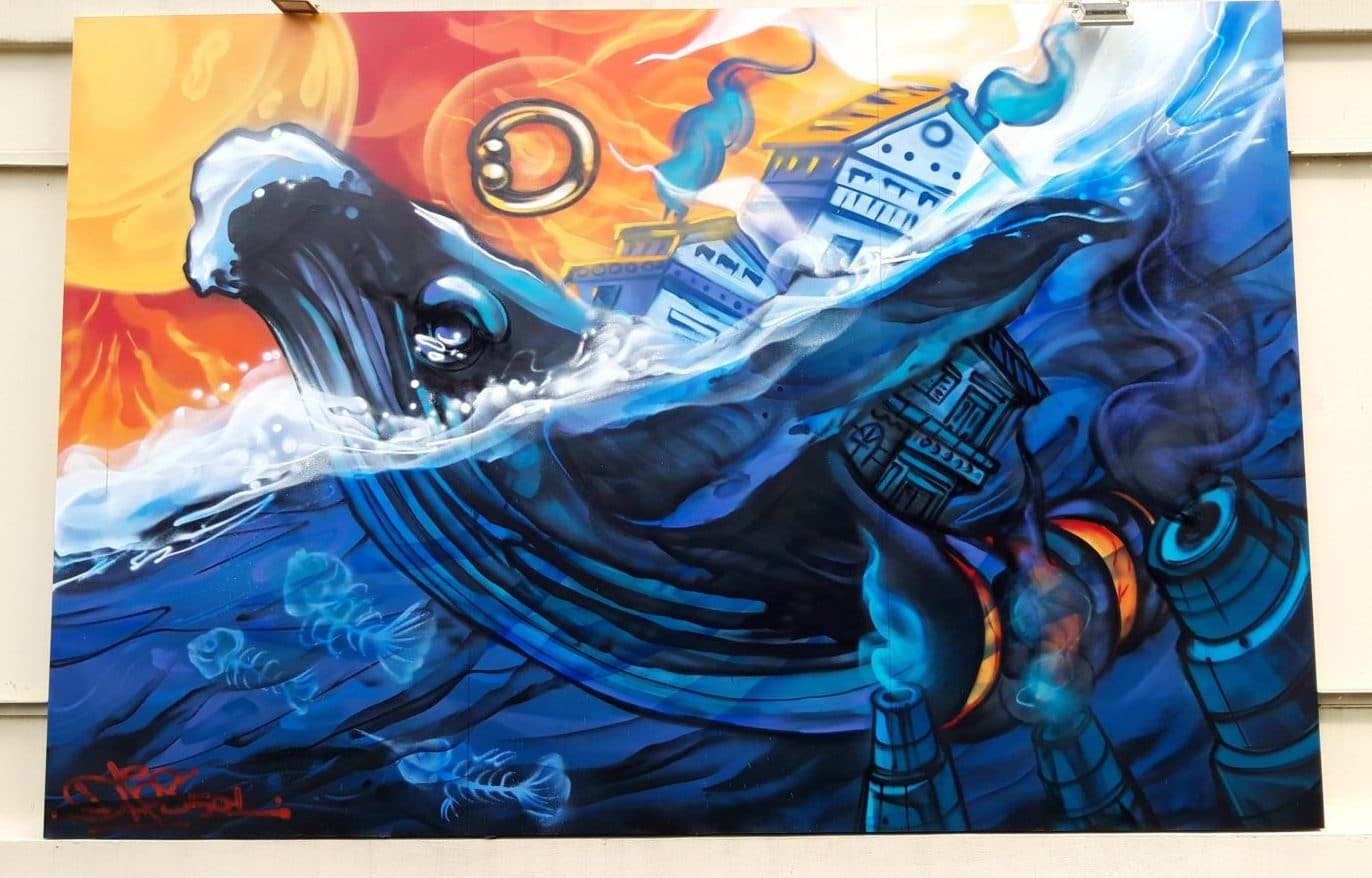 JAM 2021- THE WINNERS OF THE VIETNAM URBAN ARTS FESTIVAL

On April 24 and 25, DRIP’IN and the French Institute of Vietnam were honored to invite public to a great street-art event in the gardens of the Residence of France.

During this exceptional performance, the six best artists of the emerging street-art scene in Vietnam created live and in front of the audience, large format paintings. They were accompanied by two big names in street-art, guest artists SubyOne and Daos501.

As a reminder, the allocated themes were about the Sustainable Development Goals. A draw had designated the 8 items chosen among the 17 UN goals, then assigned to the artists.
After the hanging on the walls of the French Consulate in Ho Chi Minh City, the public was invited to decide between the candidates during nearly 3 weeks by voting on the IFV Facebook site. The public vote accounted for 60% and the organizers for 40%.

.The selection criteria used took into account the compositions of the works, the colors, the respect of the theme, the formal quality, and ultimately the originality of the approach. To this were added the “likes” and the vote shares, according to a point system allocated to each of them.

Finally, the top two artists from Vietnam’s emerging street art scene will go on an all-expenses-paid artist residency in France, in the city of Lyon, for 15 days.

They will be hosted at Superposition NGO which has been committed for several years to the valorization of urban art, from graffiti to street art.
The co-founder, Obriane Wolf, also co-organizer of the Saigon Jam, puts all her energy and enthusiasm to constantly organize exhibitions in Lyon and promote the work of artists. No doubt that our two Vietnamese winners will be very well received in this active residency.

.In addition to this artistic trip, they will be entitled to a wall during the painting of the murals in November 2021.
The 3rd winner will also be entitled to a mural on one of the walls of Saigon.

Finally, all the artists will receive a bonus allocated by the three organizing institutions, the French Institute of Vietnam, the Goethe Institute and the Cultural Service of Switzerland. 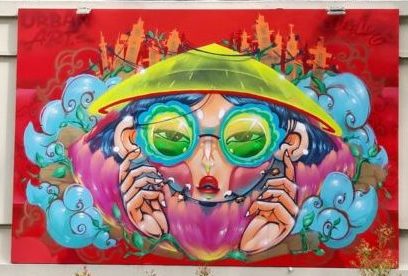 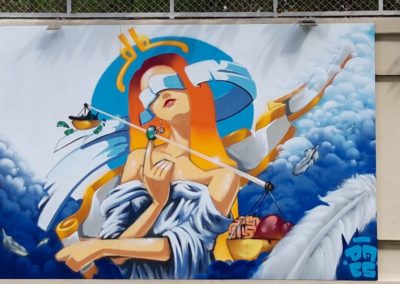 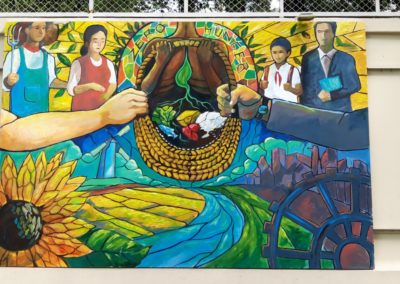 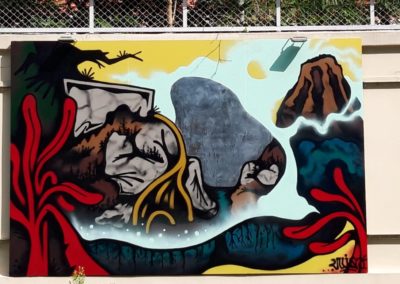 The winners of the Jam

After careful counting of the points and discussing with all the organizers, we are proud to announce here the winners:

A huge bravo to all the artists who committed themselves with will, ardor, smile and sympathy to make this jam a unique event. The latter was largely up to the ambitions of each. 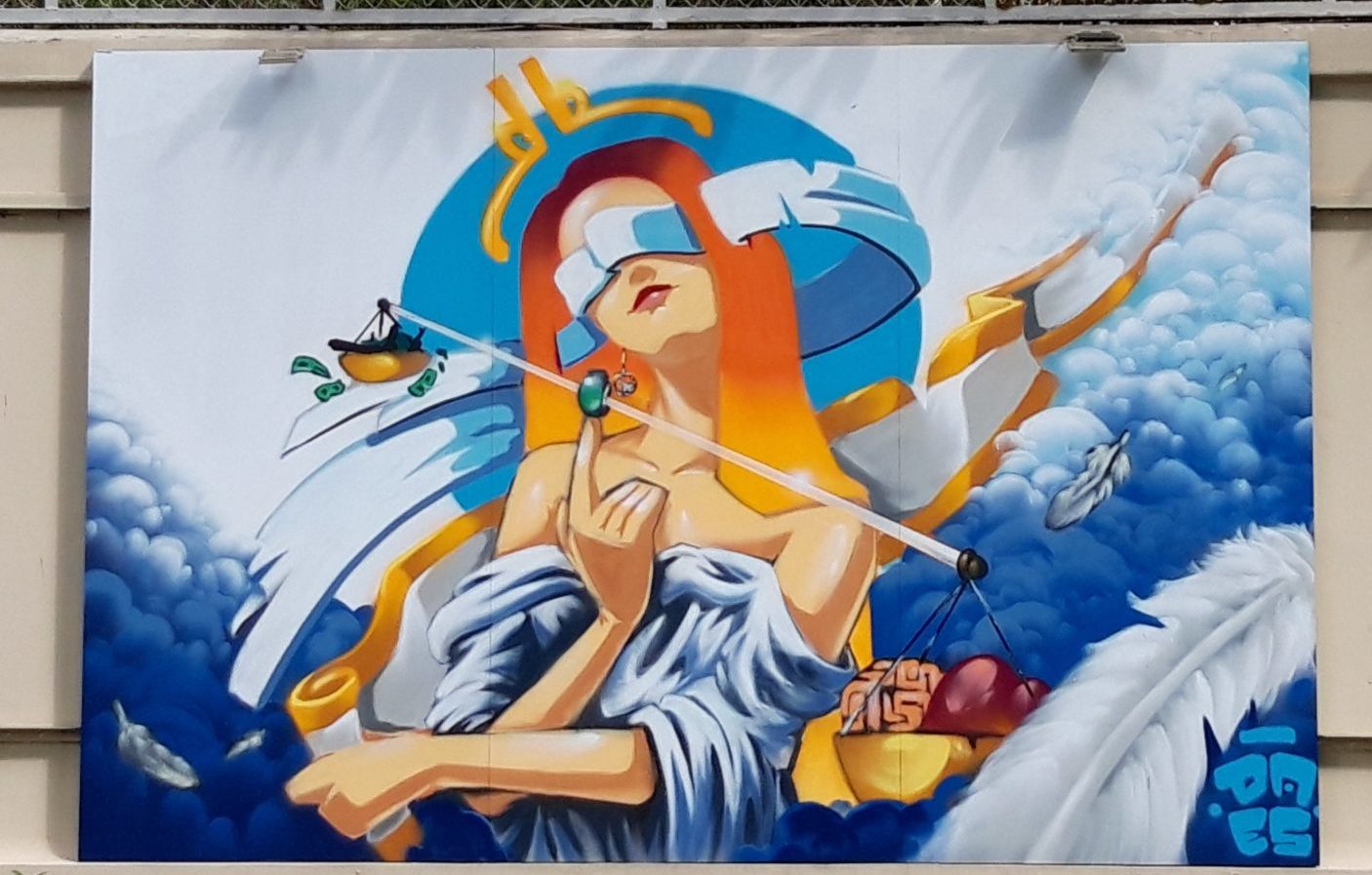 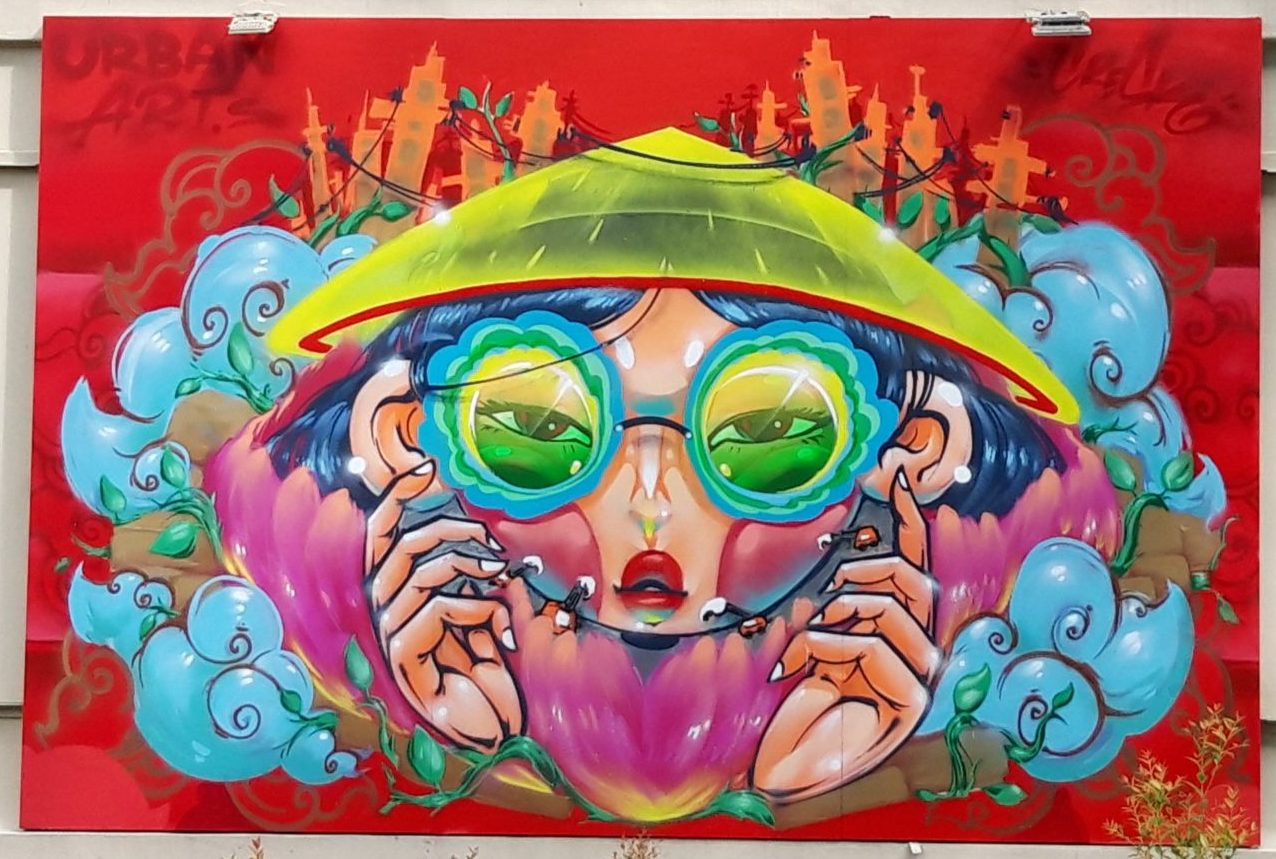 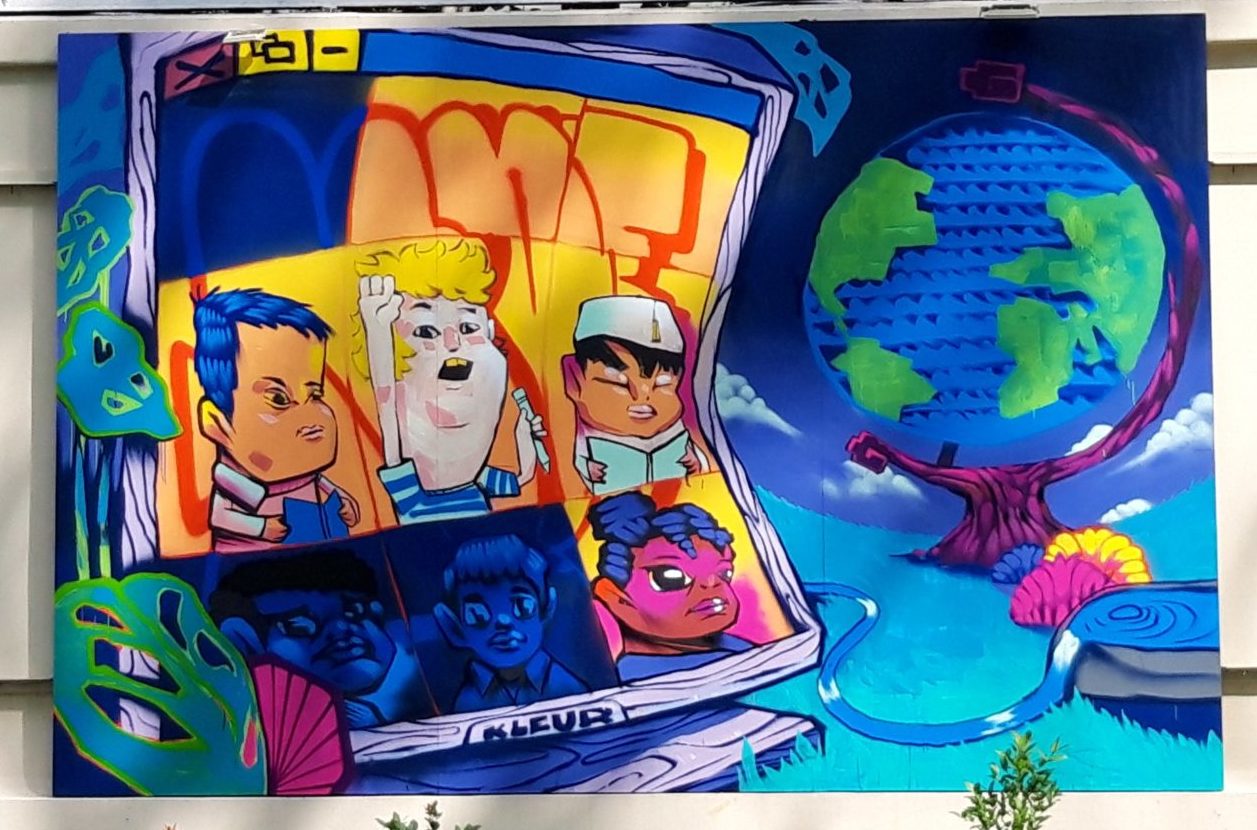 A year of touring exhibition in Vietnam

The murals are on display for two months on the walls of the French Consulate in Ho Chi Minh City.

The exhibition will then depart on a tour throughout Vietnam, ending in Sapa, in the very north of the country near the Chinese border, for the 2022 Lunar New Year. It will be presented in the main cities of the country, Nha Trang, Hue, Danang, Hanoi, etc…

This exhibition will bring together a large number of visitors and raise awareness of these important and essential commitments in today’s world.

A promising first step for the rest of the calendar

Given the great success of this Jam, we are now preparing the international street art session where facades of buildings in the centre of Saigon will be painted by international and local artists.
This first also in Vietnam promises to be exciting.
Discussions have been going on for several months with the municipal and district authorities to consider which buildings and facades to paint. At the same time, we are working to identify artists who could come from abroad to work on this event. Finally, there is the logistical organisation to be put in place so that everything will be functional and efficient on the date.

There are still a few things to do.

So there is still work to be done, but we are filled with pride to be part of the emergence of street art in Vietnam with artists from all over the world.

Follow us for the rest of this great year dedicated to this art that we are so passionate about.

“in street art we believe, get inspired” 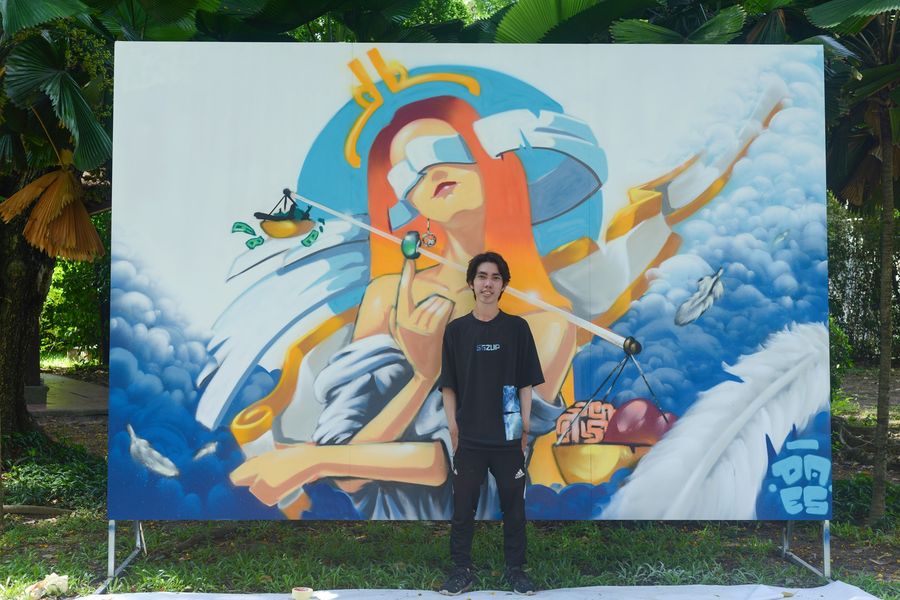 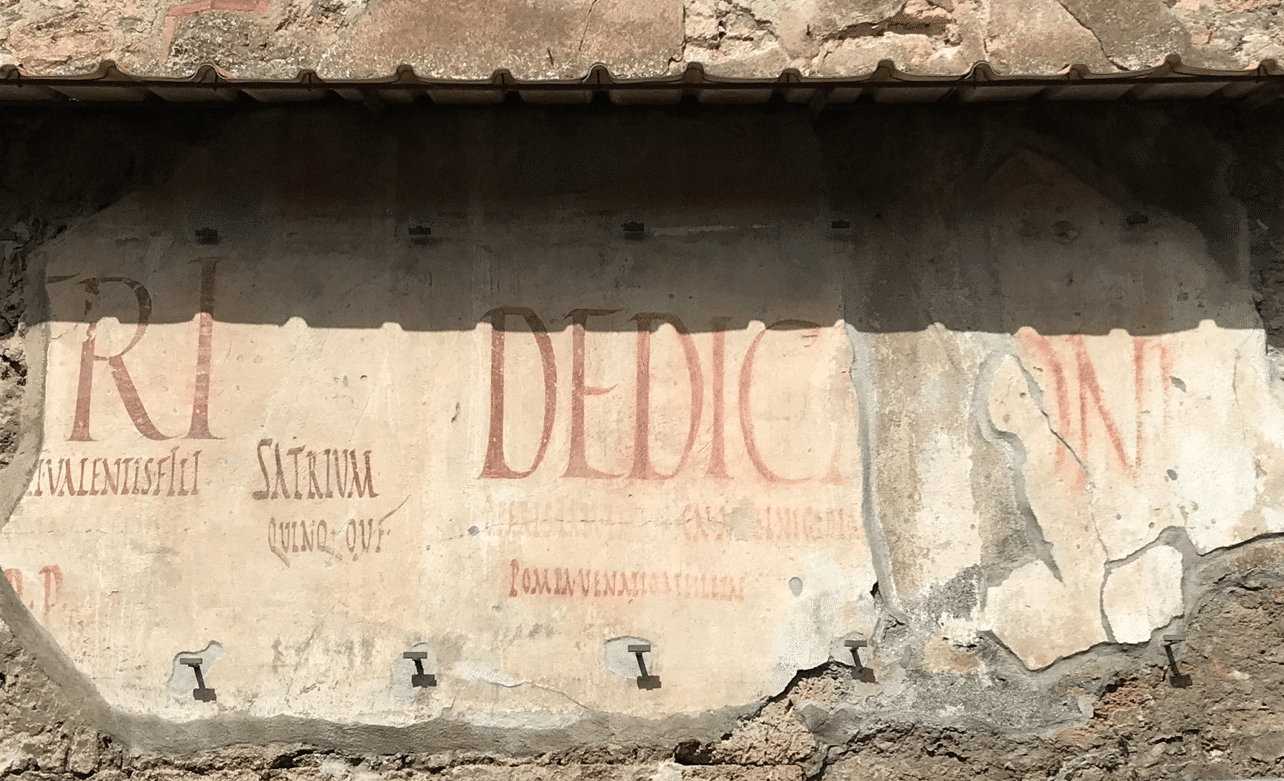