Graffiti has been part of urban culture for a long time. Some people consider rock paintings or cave paintings as the first graffiti in history. However, it seems more judicious to take into account the numerous examples dating back to Ancient Greece or the Roman Empire Graffiti as historical testimonies of graffiti.

It is true that the notion of visible message for the most of us is closer to the contemporary version of graffiti. Recently, it is even more closer to street art.

These simple marks scratched on the walls, as well as these painted frescos elaborated with care during these periods
antiques are still visible today, and, in fact, is offered to us under the same conditions as in the original

This is obviously less the case for caves which are remote and protected accesses. These are further away from this notion of immediate visibility.

On the other hand, in the same way that prehistoric men painted in caves, graffiti have always wanted to be a trace left by some men for others, whether more or less visible.

Graffiti tell us about our past

These traces and drawings are thus direct written testimonies of remote eras. They reveal to us, by their varied and spontaneous contents, new aspects of the societies that produced them. Indeed, an astonishing example is the charcoal graffiti discovered in 2018 in Pompeii. It has allowed to formally reposition the famous deadly eruption 2 months after its supposed date of the end of August 79.

The many other messages from the city depict a society using graffiti as a social exchange, promoting either prostitution services, store inventory, gladiatorial tournaments, and more.

These concrete testimonies take us back into the daily life of these urban dwellers. They push us to rethink the forms of communication of these ancient societies.

For centuries, Man has therefore used the means at his disposal to leave his traces, sometimes colored, often monochrome. 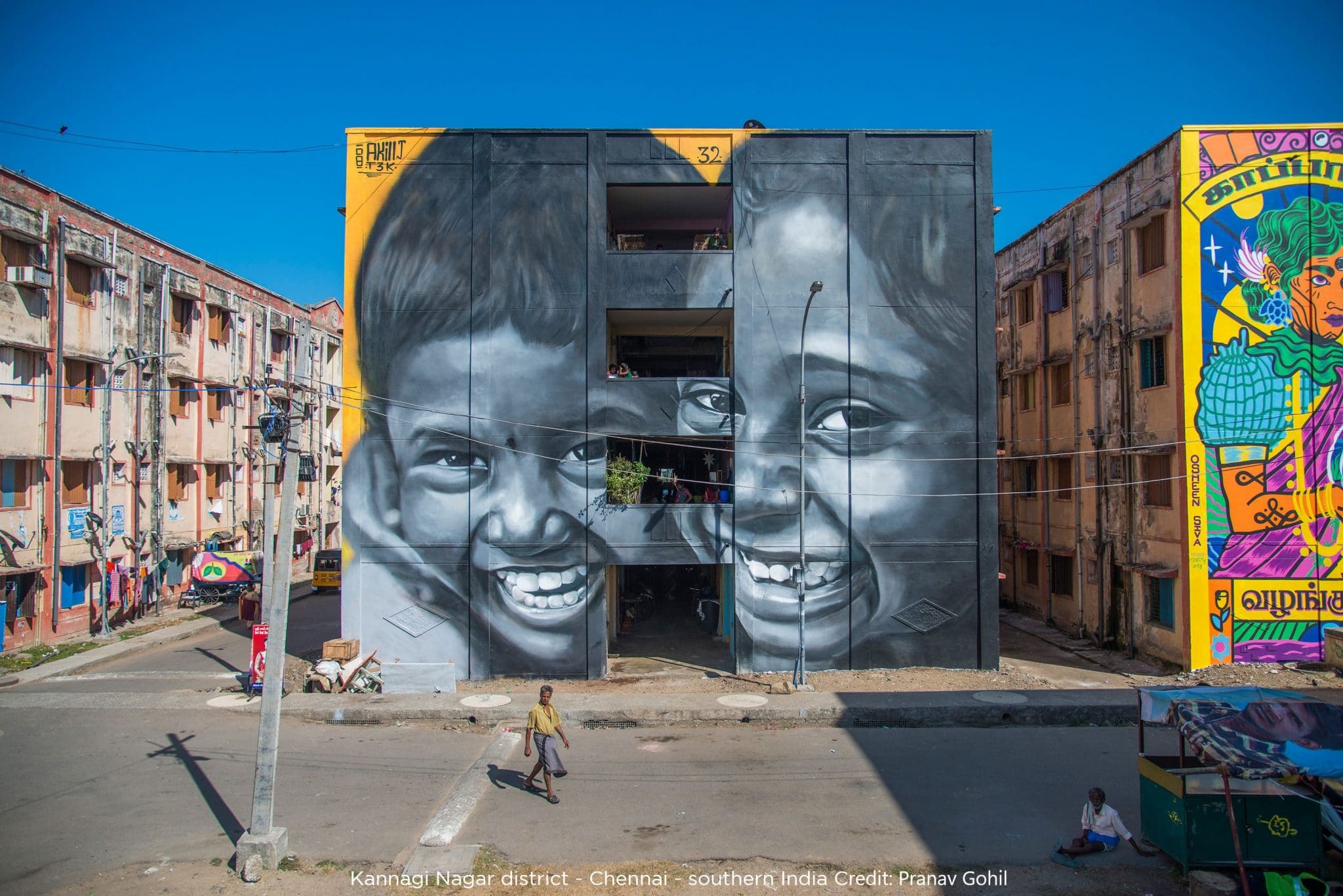 The advent of spray paints in the 60s allowed some graffiti to take on a more colorful and aesthetics dimension.

This contemporary urban art began in the United States at the end of the 1960s. A first movement, “Graffiti writing”, is launched by two artists from Philadelphia, Cornbread and Cool Earl.

During the same period, artists Keith Haring and Jean-Michel Basquiat stormed the corridors and trains of the New York subway to paint them. These strong and impactful actions quickly gained momentum and allowed this art to cross the Atlantic. It spread rapidly in Europe as early as the 1970s.

Although not many artists initially tried their hands at this vandal art, the movement nevertheless grew steadily, and more and more artists took over both external and internal public places to paint them. In other words, street art is in the square and will not come out of it anymore.

Since the 2000s, urban art has been developing at an increasing pace in all the major cities of the world. consequently, the number of artists is increasing. The most visible like Banksy or Shepard Fairey are establishing their notoriety, followed by many committed artists. Indeed, thanks to spectacular actions such as those of JR in the Brazilian favelas or on the wall separating Mexico from the United States, some artists are popularizing street art and making it visible to everyone.

Faced with this wave, the most committed municipalities are beginning to adapt their points of view, positions and rules. The first step is often to work at distinguishing vandal acts from acts approved with artists and the many associations involved in
this movement of unparalleled magnitude.

SUAF2021- Press conference at the Residence of France at Saigon

For this first time in Vietnam, the Residence of France opens its doors to 8 emerging Vietnamese street artists.

El Marto is a resident artist in Burkina Faso. He has been painting the country’s walls for many years, depicting everyday scenes and advocating the coming together of people.